CLEANSE YOUR MIND AND REFRESH YOUR BODY

CLEANSE YOUR MIND AND REFRESH YOUR BODY

The Feldenkrais Method® offers a unique and practical way to get the best out of ourselves. It is an educational method focusing on learning and movement, which can bring about improved movement and enhanced functioning. It is named after its originator, Moshe Feldenkrais (1904-1984), an engineer and physicist as well as a Judo teacher. 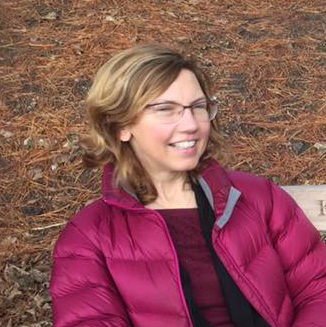 If I’m honest, I had no intention of becoming a Feldenkrais Practitioner.  There’s almost always a powerful driver which motivates change initially. You most probably have your own pressing reason for seeking out Feldenkrais.

There I was, just moseying along in my roles as Occupational Therapist, wife, friend and daughter. Of course I recognized there was so much more to understand about the body and mind, but finding the energy, the money and the commitment to undertake more training, 4 years training… no way. That was not my plan….
Then in 2002 my father’s health became the driver. Introduced by my physio friend, looking for ways to help my father, I attended my first Feldenkrais workshop lead by an eminent Bobath physio and I was hooked. What’s not to love about feeling deeply relaxed yet light as a feather?

Workshops lead by Veronica Rock, one of the pioneers of FELDENKRAIS in the UK, developed my understanding of the power of this work until finally, I felt as a worker in healthcare, it was the only way to go.

I’m still an Occupational Therapist in the NHS. I work in a community setting with people who are living with the neurological problems caused by brain injuries, strokes, MS, Parkinson’s and such. The possibility for change that is the essence of the Feldenkrais approach, influences my work with people on a daily basis.
Everyone’s nervous system has the opportunity to find better organization and find more ease. We have endless capacity to create new stories in ourselves. If your issue is in any way linked to your habits of movement, habits of thinking or you feel stuck in a behaviour, then Feldenkrais may be a way to begin your journey to finding better options.

I am no longer moseying along, I am on a mission to bring the advantages of the Feldenkrais Method to anyone who can benefit which very much includes myself.

The Importance of Daily Exercise

Email Newsletter Subscribe to our monthly email newsletter to stay up to date with the latest news, articles and stories from Avada Yoga:

WHY NOT BOOK A

Based in Didsbury
Virtual Classes Available